Thailand in a corner you never knew


แชร์
lovethailand2019    14 มิ.ย. 2564
Thailand is officially known as Kingdom of Thailand It is a nation-state located in Southeast Asia. Formerly known as Siam, the government officially changed its name to Thailand since 1939. Thailand is the 50th largest in the world with an area of ​​513,120 square kilometersand the 20th largest population in the world, approximately 69 million. People border with Burma to the north and west. Laos to the north and east Eastern Cambodia and Malaysia in the south Bangkok is the center of public administration and the countrys largest city. and regional governance Organized into 76 provinces Despite the establishment of a constitutional monarchy and parliamentary democracy in 1932, the military still plays a high role in Thai politics. The last coup was in 2014.

Evidence of continuous inhabitants in present-day Thailand since 20,000 BC. Tai people began to migrate to this area in the 11th century and came to set up important provinces, including Sukhothai Kingdom Lanna and Ayutthaya Kingdoms Historians often regard the Sukhothai Kingdom as the starting point of Thai history. Later, the Ayutthaya Kingdom gradually gained more power until it became a regional power in the late 14th century instead of the Khmer Empire. Ayutthaya Kingdom was able to annex Sukhothai as part of it. Contacts with the West began with a Portuguese diplomat in 1511. A war with Burma led to the loss of the city in 1569, but King Naresuan the Great He declared independence in 15 years. The kingdom was very prosperous during the reign of King Narai the Great. But after that, the power gradually deteriorated due in part to the turn of the land with many bloody reigns. Until finally, Ayutthaya was completely destroyed in 1767, King Krungthonburi. He gathered the land that had been split into various kingdoms and established the Thonburi kingdom that was 15 years old. The chaos in the late kingdom led to his execution by King Buddha Yodfa Chulalok the Great. The beginning of the Chakri dynasty of Rattanakosin.

Early Rattanakosin The empire was able to deal with threats from neighboring nations. but after the reign of King Mongkut Western nations have become very influential in the region. This led to the entry into a series of unjust treaties beginning with the Bowring Treaty, yet Siam was not colonized by any Western nations. Siam was modernized and consolidated its ruling power during the reign of King Chulalongkorn. Siam joined the Allies in World War I in 1917; In 1932, a revolution took place, transforming the government into a constitutional monarchy without blood loss. The Peoples Party plays a leading role in politics. And in the Buddhist decade of 1937, Prime Minister Field Marshal Plaek Phibunsongkhram implemented intense nationalist policies. during World War II Thailand joins the Axis powers But most of the Allies did not accept a declaration of war. Thailand is allied with the United States, which supports the military government. A coup led by Field Marshal Sarit Thanarat in 1957 brought the country into a total military dictatorship. The government restored royal power and implemented anti-communist policies in the region. The outcome of the events of October 14, 1973 resulted in a brief parliamentary democracy, but after the events of October 6 and the 1976 coup, Thailand returned to military dictatorship. Half-leaf democracy Thailand had a prime minister elected for the first time in 1988. After the 1997 Buddhist decade, there was a political crisis between supporters and opposition to former Prime Minister Thaksin. Shinawatra until now including two coups The last time was born in 2014, the current constitution is the 20th, promulgated on April 6, 2017.

Thailand is located in the middle of the Indochina Peninsula in Southeast Asia. and also on the Malay Peninsula It lies between 5° to 21° North latitude and 97° to 106° East longitude. It borders on the east with Laos and Cambodia. The south borders Malaysia and the Gulf of Thailand. West facing the Andaman Sea and Burma and the north borders Burma and Laos The Mekong River is blocked in some parts. Thailand has an area of ​​513,115 square kilometers. It is ranked 51st in the world and 3rd in Southeast Asia. after Indonesia and Myanmar Thailand has a maritime zone according to the United Nations Convention on the Law of the Sea, 1982, more than 323,488 square kilometers. It has a long coastline along the Gulf of Thailand. and the Andaman side, including the northern Malacca Strait. The total length of the coastline in Thailand is 3,148 kilometers.

Thailand has a diverse landscape. The northern region is a complex high mountain area. The highest point in Thailand is Doi Inthanon at 2,565 meters above sea level and is also covered by forests, which are important watersheds of the country. The northeastern region is mainly the area of ​​the Korat Plateau. The condition of the soil is quite arid and less conducive to cultivation. The central region is a floodplain. with the Chao Phraya River The largest river in the country, formed by the Ping and Nan rivers that converge at Pak Nam Pho. Nakhon Sawan Province making the central region the most fertile and is regarded as one of the worlds most important rice-growing areas :103 The southern part is part of the Malay Peninsula :22. flanked by the sea on both sides There is a narrow point at the Kra Isthmus and then expands into the Malay Peninsula. Songkhla Lake is the largest lake in Thailand. The western part is the valleys and mountain ranges that lie from the western part of the North.

The Tourism Authority of Thailand (TAT) is the countrys tourism promotion agency established in 1979. In addition, the government has also set up a tourist police to facilitate foreign tourists.

Thailand was ranked ninth in the world for the number of foreign tourists in 2016. The 2015 Travel and Tourism Competitiveness Report ranked Thailand 35th out of 141 countries. Natural Resources and Tourist Service Infrastructure but scores low for environmental sustainability and safety and security.


Thai Food: Rice and chilli are now the most important ingredients of Thai food. Other ingredients include garlic, lime juice and fish sauce. Thai food is basically brown rice and brown rice. The most famous dish of Thai people is mackerel chili paste, along with a side dish. supplied as a set. Many Thai dishes contain coconut milk and fresh turmeric, similar to Indian food. Malaysia and Indonesia. Many types of Thai food are originally Chinese dishes such as congee, steamed buns, rice noodles, topped with rice and pork leg, soy bean paste, soy sauce and tofu. Thai food is eaten with many dipping sauces and condiments such as chili fish sauce, chili powder, chicken sauce, chili sauce, and sides. Australian chef David Thompson says Thai food is not simple but emphasizes arranging incompatible parts to create a well-rounded meal.

Thai people consume rice as their staple food. Two popular types are sticky rice and non-glutinous rice. Thai people in the northeastern region and northern regions prefer to eat sticky rice mainly. As for Thai people in the central and southern regions, they prefer to eat Chao Yao rice. Thailand is a country that has been associated with the river for a long time. Makes the food of Thai kitchen mainly consists of fish, such as grilled fish, grilled fish, dipping sauces, eaten with fresh vegetables that can be found in the swamps and forests. If you cant eat all the fish, it can be processed to be stored for a long time, whether it is Dried fish, salted fish, pickled fish, pickled fish, and spicy food from chili Thailand has been brought as a seasoning from the Portuguese monks in the reign of King Narai. The fried food Received from Chinese immigrants to Thailand during the Rattanakosin period.

when raising animals for sale as a profession and having a slaughterhouse causing more meat to be eaten Various spices are used to help neutralize the fishy smell of the meat that is used in cooking. Spices that Thai people like to use in this type of cooking are ginger, galingale, which has been used to deodorize fishy smells for a long time. It is applied to the meat of cattle and buffalo as a new recipe for Thai people as well.

North food or called in Thai (อาหารเหนือ), special menu from the north in the middle of the mountain valley With cool and rainy weather, no food served in this region would be complete without a dipping sauce. The pungent flavor and warm glutinous rice are very influential and fascinated by the Lanna and Isan kingdoms. Lanna cuisine refers to dishes from the northern regions of Thailand, which are Chiang Rai, Chiang Mai, Phayao, Lampang, Nan and Phrae in this region. 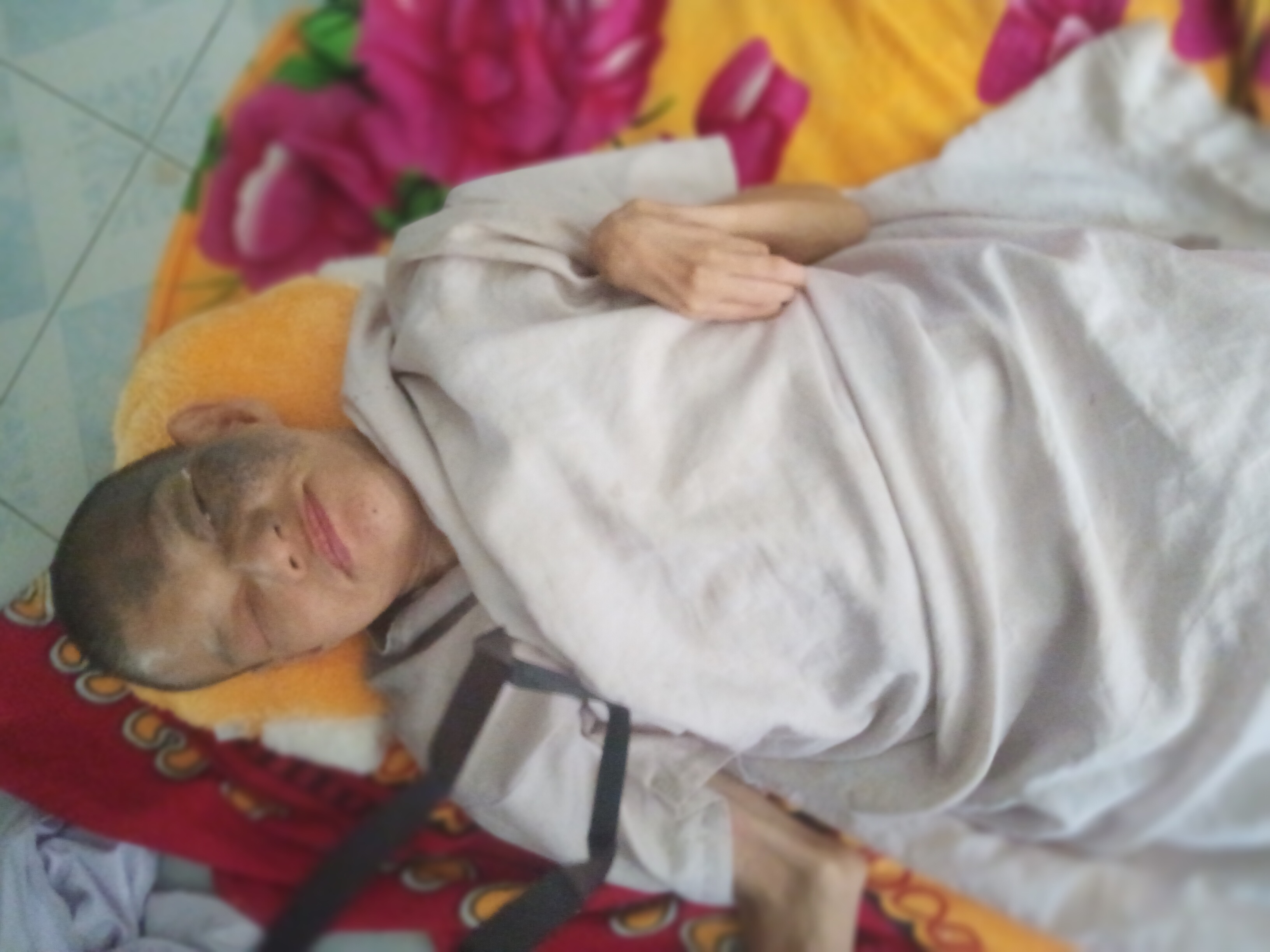 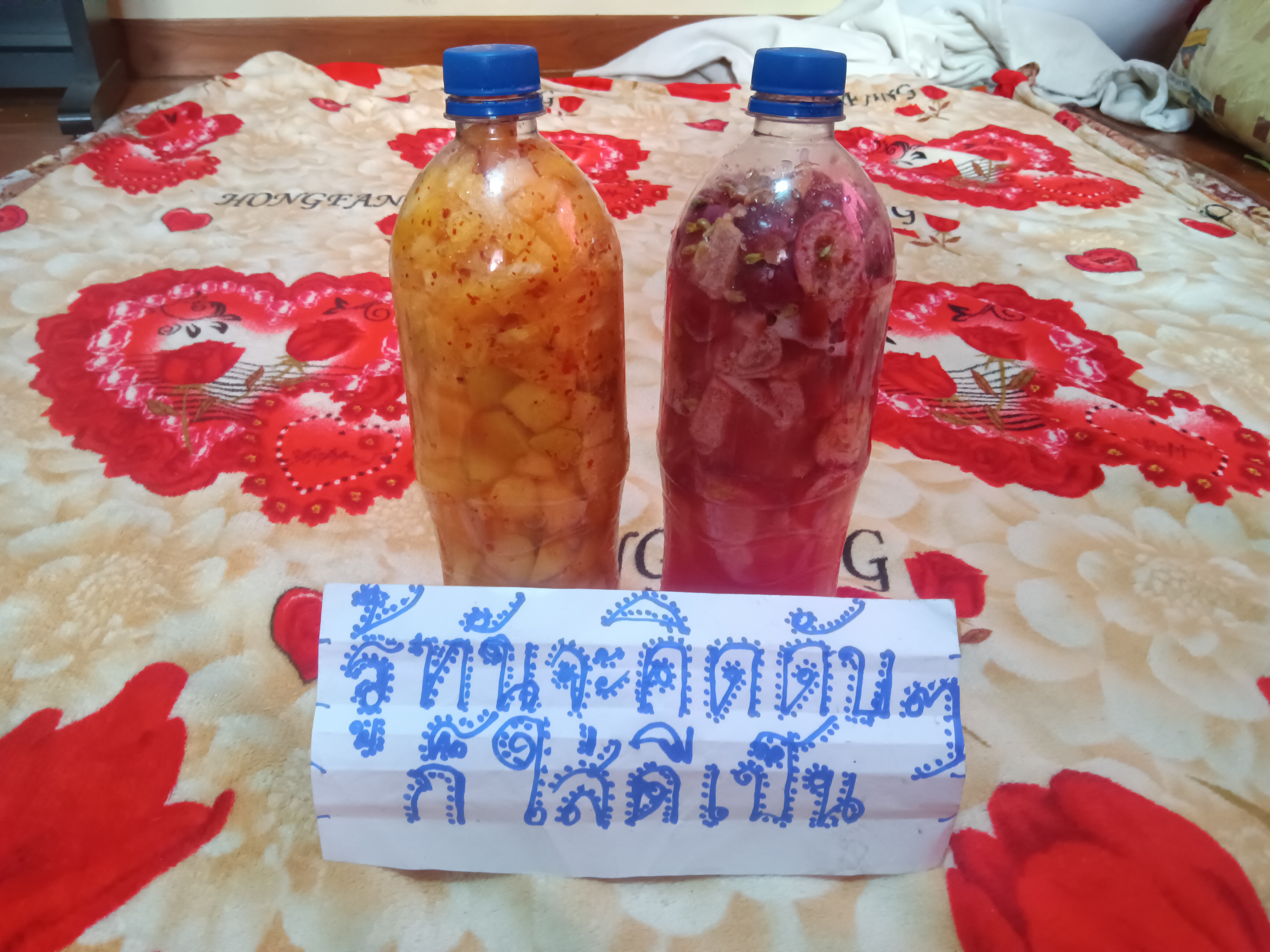 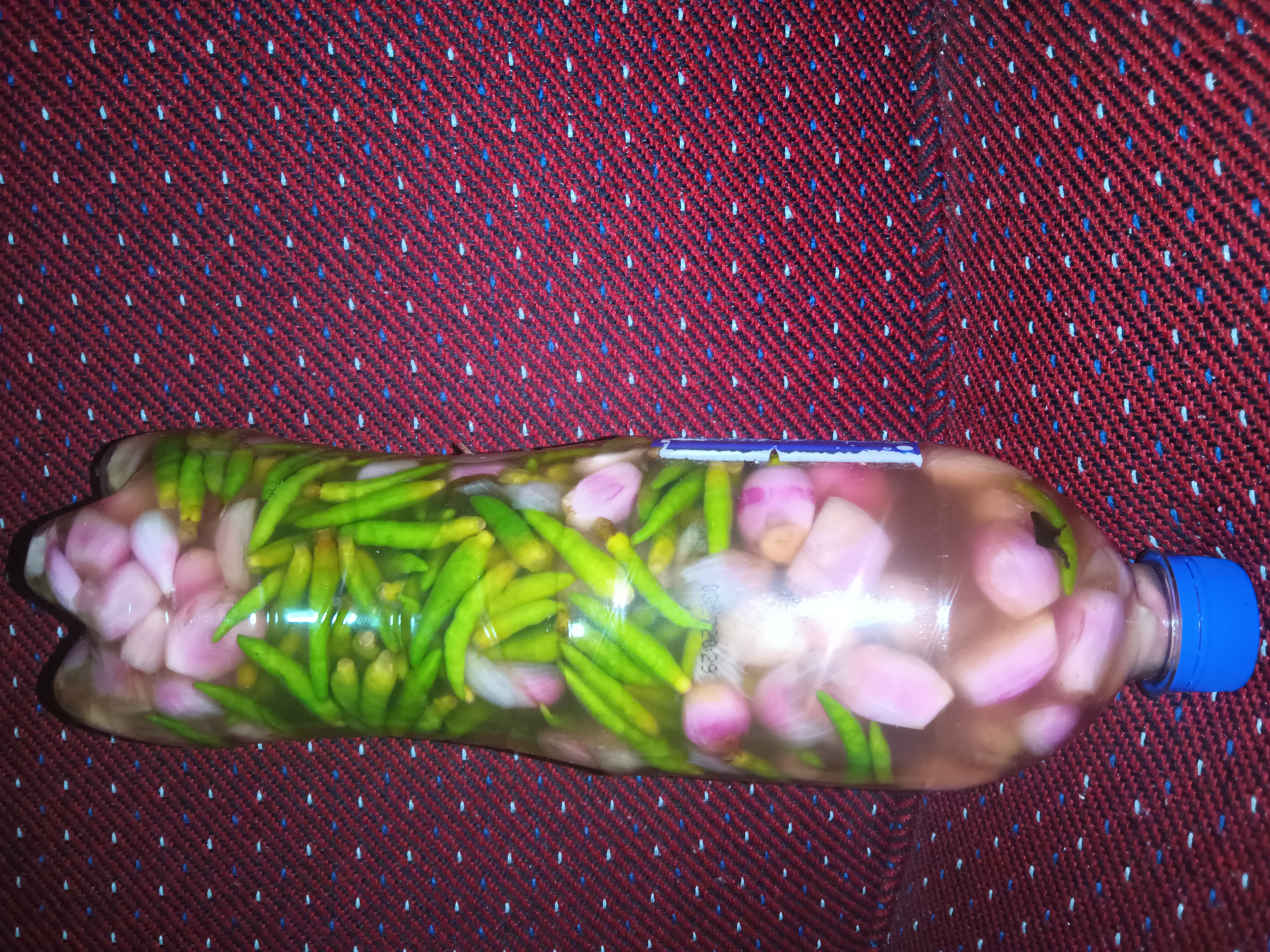 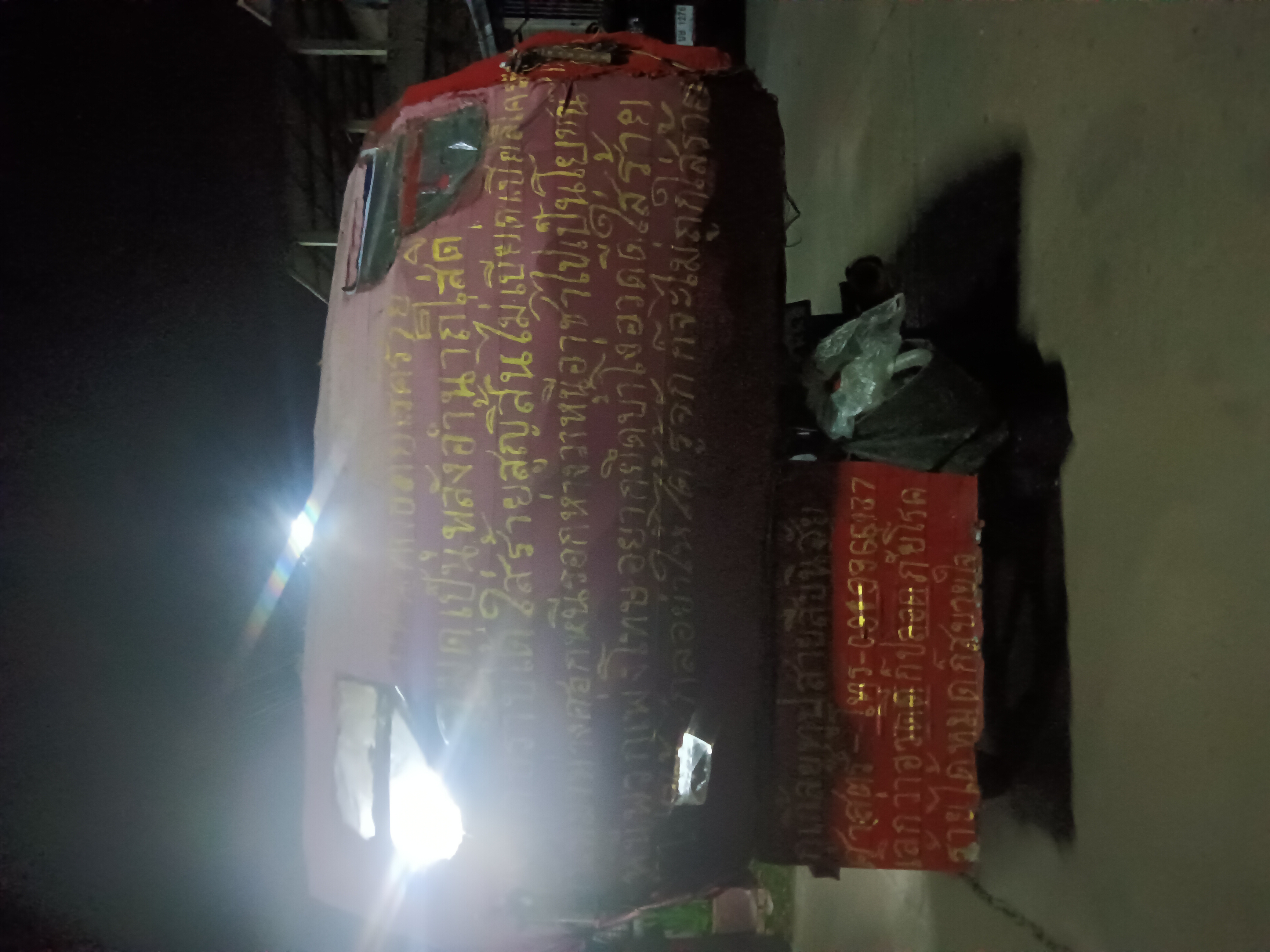 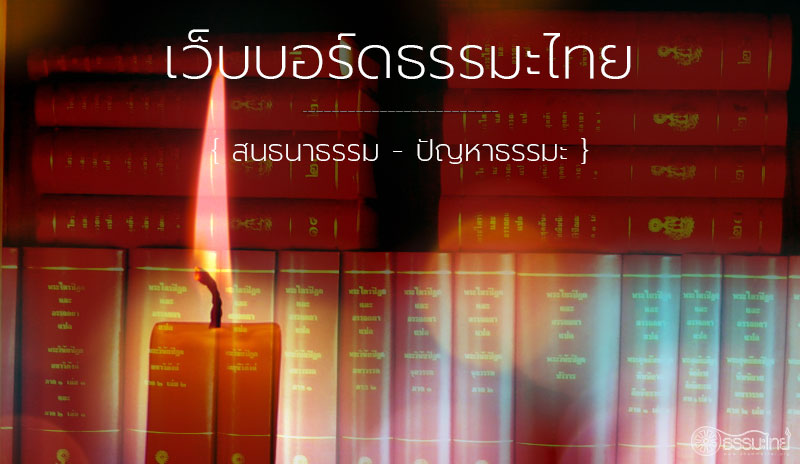 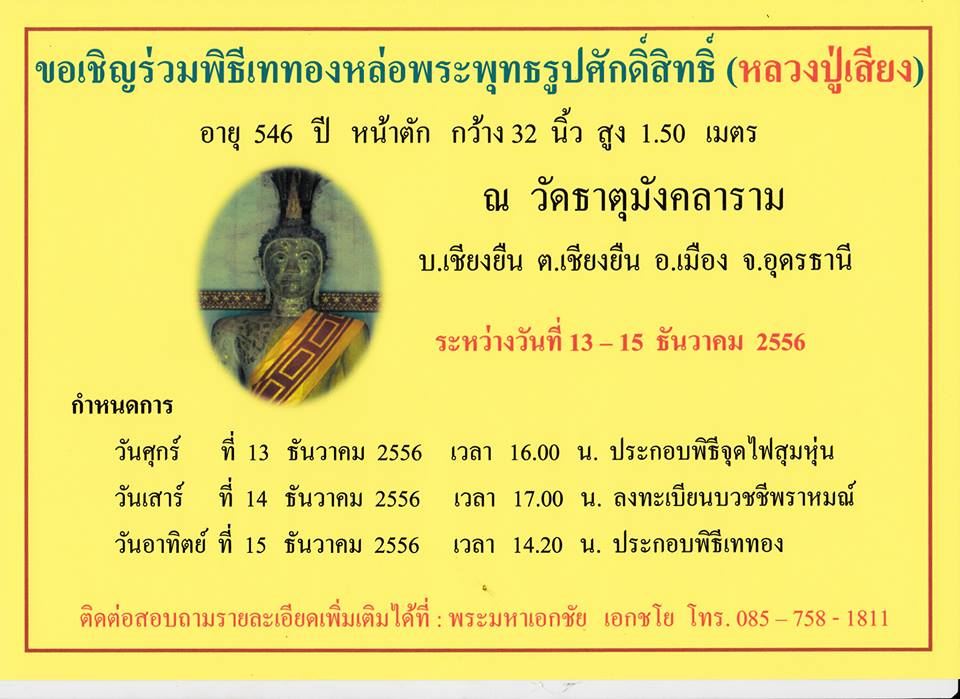 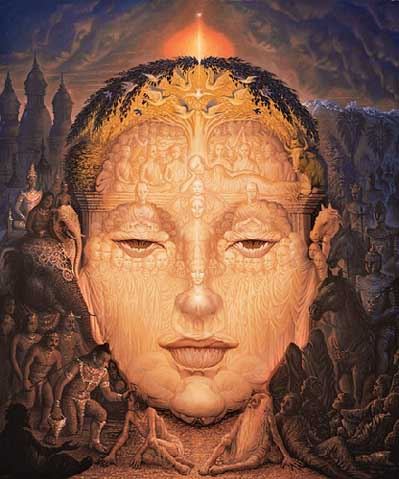 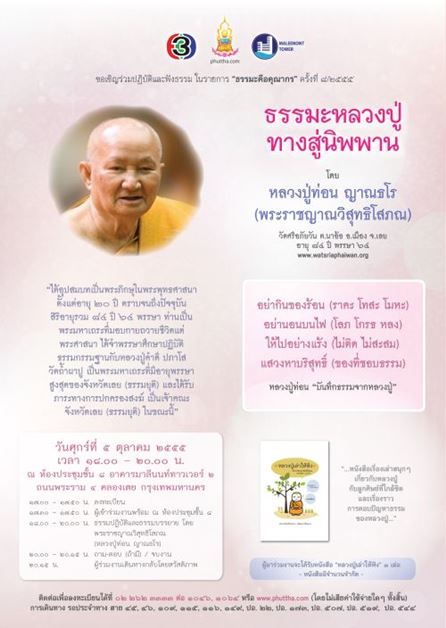 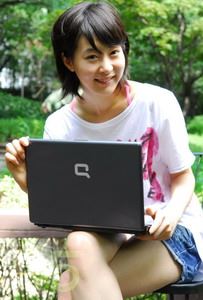 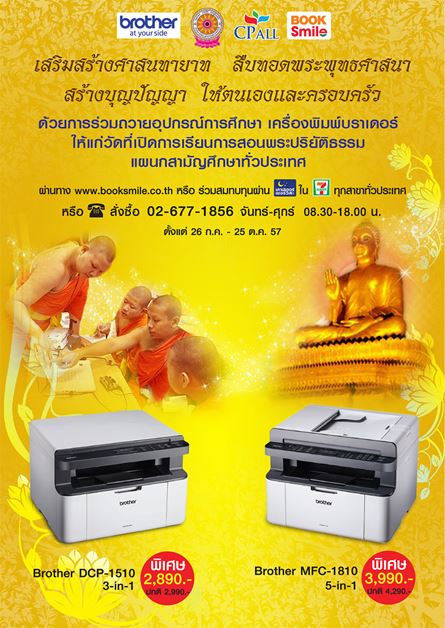